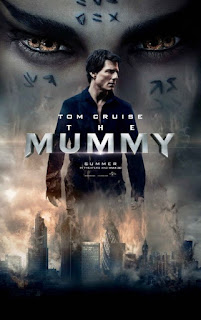 I dread mediocre movies.  I know - most people would say they try to avoid seeing the worst films, but, the truth is, people talk about the worst films ever made.  Howard the Duck is discussed ad infinitum to this day, both as for how such a huge budget movie could flop so badly and how extremely awful it truly is.  Heaven's Gate was the same way until people finally, after years of hearing how bad it was and discussing everything about it, got to see it and realized it was actually an interesting, well-made film.  But, again, no one would have even wanted to revisit it if it didn't have a horrible reputation from the start.

Truly bad movies, like The Room and Troll 2, develop cult followings.  People gather to laugh at the movies, and they transcend the incompetence, bad dialogue and indifferent acting that come with them.  They become legends.  Mediocre films, on the other hand, become like modern pop music: background noise that, even though it is offensive to every bit of artistic integrity we hold dear, still does not have enough drive to cause anger.  It is just there, existing, taking up half the shelf space of a Goodwill DVD rack while you hope that someone actually threw out something you want to see.

If the 2017 version of The Mummy did not come with the baggage this film did then it would already be forgotten.  There is really nothing special about it that makes it overwhelmingly horrible, and it is far from being a good or even interesting film.  It is an attempt to re-tell this story once again, which I guess is reason enough to review it if one is interested, but its main claim to fame will always be destroying an entire shared universe concept with one fell swoop.

Nick Morton (Tom Cruise) and his buddy Sgt. Vail (Jake Johnson) are U.S. soldiers in Iraq that have decided to enrich themselves by stealing antiquities and selling them on the black market.  After stealing a map from a woman named Jennifer (Annabelle Wallis) after a one-night stand, Nick drags Vail along to a remote village with the promise of treasure.  Unfortunately the village is full of insurgents, and the resulting airstrike that is called in (over Morton's objections) ends up opening a hole in the ground that reveals an ancient Egyptian burial site - far away from Egypt.

It turns out there was a reason.  Ahmanet (Sofia Boutella) was the daughter of a Pharaoh and next in line to the throne - that is, until her father had a son.  She made a deal with Set, the God of the Dead, to secure her ascendancy, and then murdered her father, his lover and her half brother.  She attempted to then incarnate Set into a living body, but was stopped at the last moment, mummified alive, restrained with mercury and buried far away from Egypt while the dagger Set had given her was divided into two pieces.

As it has gone with previous mummy films, Ahmanet is awakened, and she sets her sights on Nick as the vessel for Set, and begins her search for the dagger.  Meanwhile, it turns out Jennifer was working with Doctor Jekyll (Russell Crowe), who heads up a secret organization of monster hunters.  He aims to dissect Ahmanet, but also fulfill her goal of bringing Set alive within Nick.

I have heard some say that this movie is disjointed and confusing.  I keep meaning to write an entire article about how everyone, including critics, need to really put down their phones while watching movies these days, because the current plague of so-called confusing films reveal themselves to bone dry of plot twists or anything at all interesting once you actually watch the movie without distraction.  If it was confusing, or took weird detours that had nothing to do with the plot, it would probably make things more interesting.  Instead, this is about as simple as you can get: kill the monster, save the girl, save the world.  Really, same as the 1999 The Mummy with Brendan Fraser, but with that one you actually gave a damn because the characters were interesting.  Annabelle Wallis, instead, is flat throughout, Tom Cruise is playing the same character he plays in every action film and Russell Crowe is typecast, especially when he turns into Hyde.  The only person who seemed to even be interested in being on the set was Sofia Boutella.  Her portrayal of Ahmanet as both a mythical and physical being is really the only thing that stands out, and it was obvious that she thought she was in a much better movie than she was.

Another frustration is that this movie is stretched out to two hours by constantly showing scenes that already happened.  We are shown flashbacks of flashbacks, going over parts of the plot that were simple and easily understood from the beginning, as if Alex Kurtzman and the rest of his writers (which include David Koepp and Christopher McQuarrie) had the impression that their audience would have the attention span of a lab rat on meth.  The sad thing is none of these writers, who have turned out great movies in the past, would normally have had an excuse - except that they do.  That excuse is Tom Cruise, who, if Kurtzman is to be believed, rewrote most of the story to make it more of an action-adventure film rather than something more true to Universal's classic Mummy film with Boris Karloff.

Lastly, while Star Wars gets a lot of flack for fan service, The Mummy is stockpiled with it.  Ahmanet's face appears in a sandstorm, the Book of Amun-Ra (from the 1999 version) makes a cameo, Doctor Jekyll's headquarters are filled with references to other Universal monster films and - well, the fact that Doctor Jekyll (and his alter ego) are even in this movie at all.  Stretching even further, Jake Johnson's role is generally the same as Griffin Dunne's role in An American Werewolf in London, just not as well done in either the humor or makeup department.

The Mummy, when it comes down to it, is an assemblage of parts of previous Mummy films that were better combined with elements from well-regarded horror films that do nothing more than remind the viewer that they are just watching the latest in predictable, and forgettable, cinema fare.  Audiences, despite the writers' beliefs, were smart enough to know what this was going to be, and stayed away.  While it posted respectable numbers outside the U.S., the Universal monsters are largely a part of American culture, and the movie's failure in its home market gave everyone time to pause and think about what they were doing.  Universal pushed the Dark Universe concept hard coming up to this, and despite some studios' habits of throwing good money after bad, they decided one was enough.  I'm sure that Imhotep, Kharis or even Ahmanet may pop up again sometime in the future, but for now even everyone has just decided to let this dead franchise rest.