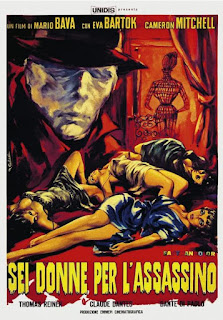 Music is my main love.  I own close to 10,000 records and CDs, and a good number of them I know the history behind.  However, there is one thing with music: pointing to a specific person, at a specific time, and saying, "This is where it all started," is often impossible.

Rock and roll?  Yes, Bill Haley had the first major hit, but that was after he had been unsuccessfully pushing the sound for two years after getting bored with the country scene.  There are elements going back to the late 1940s, but those blend in with other styles that already existed.  Punk rock?  Yeah, you could say the Stooges, but what about a band like the Sonics?  There was no name to it for almost a decade after bands started playing it.

Movies, however, are a different thing.  We can point to Birth of a Nation as being the first feature film that unfolded a story rather than just being a short, quick vignette that may or may not have a narrative.  The Cabinet of Dr. Caligari largely created the horror film; specific director, country, time and place.  The slasher film?  Alfred Hitchcock.  Psycho.  And, no, slashers didn't have to wear masks.  That was started with Halloween.

The masked killer, in fact, was largely a creation of the Italian giallo film.  6 donne per l'assassino, known in English-speaking countries as Blood and Black Lace, may have influenced placing a mask on your slasher, but it was at hart a gory murder mystery with, most importantly, at least one twist ending.  Like a number of Italian genres, as well as American genre films, we have a time and a place, and a man: Mario Bava.

Max Morlan (Cameron Mitchell) and Countess Christina Como (Eva Bartok) own a fashion salon.  Things seem to be going well until one of their models, Isabella (Francesca Ungaro), is murdered by a man in black with a white, featureless mask pulled over his face.  The murder shakes up the business, but the show must go on.

With a different model filling in for Isabella, a search for a brooch to go along with her outfit turns up a diary, which Nicole (Arianna Gorini) places in her handbag to keep the other girls, who are immensely curious, from reading it.  She receives a call from her boyfriend Frank (Dante DiPaolo) and goes to meet him at the antique shop he owns, only to be confronted by the same man who killed Isabella, and who appears to be looking for her diary.  Nicole is killed, and the killer leaves after realizing the diary is nowhere to be found.  He steals Nicole's car, but is spotted by a gas station attendant who contacts the police.

The reason the diary is not there is because Nicole's friend Peggy (Mary Arden) snatched it from the purse.  Realizing there is information on her in it, she burns it without reading the rest.  That doesn't keep the killer from also dispatching her.  Suddenly, since the car Nicole was driving belonged to Peggy and the alarm was easily cut, Inspector Sylvester (Thomas Reiner) immediately suspects every man working at the salon, since all had romantic entanglements with the women at some point.

The usual Mario Bava trademarks are here: garish colors, unsympathetic characters that could all be murderers, as well as a surprising amount of blood and sex for the time.  As with most of his movies this was filmed with practically no budget, but Bava manages to make it look like a lot more went into it than it did.  While this isn't as wild as films in the genre would become, it still has a has a few tricks to pull out of its hat before the whole affair comes to an end.

Eva Bartok and Cameron Mitchell are both good in this, and by the end I wish they had spent more time on screen together.  It helps that they are both English-speakers and that the dubbing isn't as bad in their case, so you get more of a sense of their performance.  For many of the others, it was largely one guy doing all the male voices.  The dubbing is usually stilted, awkward and forced, so it is really hard to see what type of performance the others did.  One glaring example is when a man has an epileptic fit.  The guy dubbing makes it sound like he has suddenly turned into a monkey.

The girls, of course, are beautiful, but they are largely there to get brutally murdered.  For the time, I do mean brutally, from being stabbed in the face with iron claw to being burned to death against a stove.  It set a framework for future giallo films to constantly try to outdo themselves in these instances, so much so that they later became known more for that than for coherent plotting.  Bava is definitely working in Hitchcock mode, so we do get a straightforward story in the end, despite the twists, and a satisfying ending.

I also particularly like the way the identity of the killer is revealed.  No big unmasking, but just a small matter-of-fact thing that calls back to one of the murders.  It's a brilliant piece of writing that proves once again that Bava was not just all blood and bright colors.