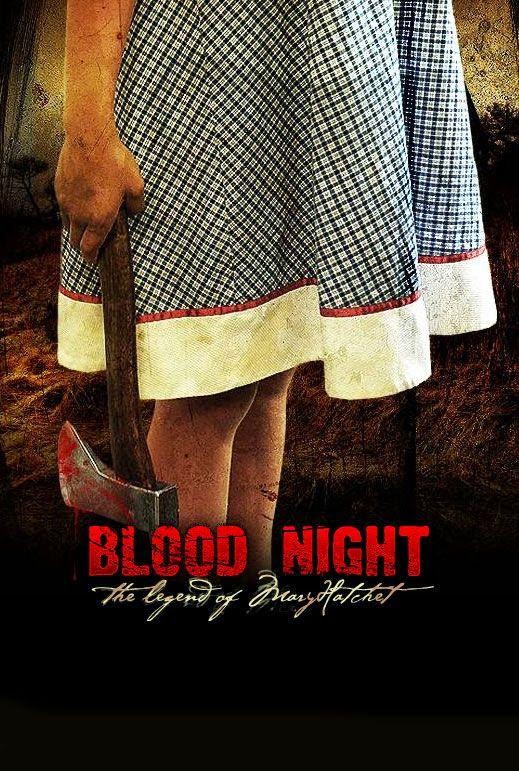 It is a dark and stormy night in 1979.  Mary Mattock (Patricia Raven) is 12 years old and has just had her first visit from her Aunt Flo.  Her mother assures her everything will be fine, but, of course, it doesn't turn out that way.  It seems that Mary has a disorder in which she gains superhuman strength and becomes extremely violent when she has her period, and her first menses is marked by her murdering her mother and father.

10 years later Mary (Samantha Siong) is in an insane asylum in Long Island.  After being raped by one of the guards she gives birth and is informed the baby is stillborn.  She handles the news by murdering the entire staff prior to being shot to death by police.

For the next 20 years the locals celebrate the event as "Blood Night", playing pranks, hanging up bloody tampons as decorations and vandalizing the town (including Mary's grave) in celebration of the events.  In 2009 a group of teenagers decide to bring a ouija board to Mary's grave and attempt to contact her - an attempt that is interrupted by Graveyard Gus (Bill Moseley), the local grave keeper and all-around creepy drunk.  He tells them a story of Mary murdering a young couple traveling through the area and send the kids on their way.

Since their friend Nicole's (Alissa Dean) parents are out of town, so the party moves there and everyone proceeds to get drunk as more people show up, invited or not.  Of course, one of the uninvited ones appears to be Mary as everyone starts to die violently.

Despite a good opening portion Blood Night quickly devolves into a by-the-numbers slasher flick, along with people getting killed after having sex and the obligatory twist that one can see coming from a mile away.  Acting is okay, Bill Moseley is great for the little time he is on screen (despite top billing) and the gore effects are well-done.  Almost forgot - it has one of those annoying soundtracks that most horror films from the oughts have.