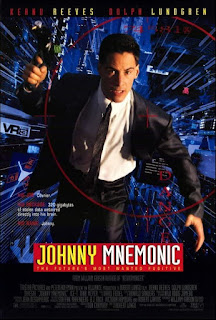 The name William Gibson used to mean a lot in the realm of science fiction.  The author of the popular novel Neuromancer, he took the idea of a future like what was presented in Blade Runner to an extreme and invented a sub-genre of sci-fi called cyberpunk - a term that I am sure many will recognize from a recent game release.  Cyberpunk deals with dystopian societies where humans are frequently modified in different ways, often to help them interface directly with computers.
While Neuromancer was published in 1984, it had resounding effects, especially after the World Wide Web became available in the early 1990s.  It seemed like some of what had been predicted was coming true, and a number of novels and movies based on the idea of augmented humans fighting against corporate overlords began appearing.  The internet was a brand new thing and, for many Boomers, who made up the majority of writers tackling the subject, computers might as well still have been boxes of Voodoo.  The genre played on both the the optimism of what humans may become with the help of new technology mixed with the pessimism of how the wealthy would exploit it.
While Neuromancer, and most of Gibson's work, never has seen adaptations to film, he got his chance to bring his short story Johnny Mnemonic to the big screen in the 1990s.  He wrote the script and, along with director Robert Longo, intended to make an artful adaptation of the story while weaving in general themes from his other work.  Budgeted at $1.5 million, try as they may Gibson and Longo could not get anyone to fund such a project.  However, when it was pitched as sci-fi action film, the money came rolling in, and the result was one of the most high-profile bombs of the decade.
It's the far future of 2021, and Johnny (Keanu Reeves) is a courier.  His job is to carry data in his head through an illegal device that allows him to store up to 160 gigabytes.  Only problem is, on the job that is to be his final so that he can have the device removed and retrieve his own lost personal memories, the data size is 320gb, meaning that data will seep into his brain and kill him if he doesn't get it out in a certain amount of time.  This is not just any routine package, but information which a corporation called Pharmakom is willing to get back at any price.  With the help of a bodyguard named Jane (Dina Meyer) Johnny hopes to outrun the various assassins the corporation has sent after him as well as get the information out of his head - information that may save millions of people's lives.
When I say "various assassins," I mean it.  Not counting minor characters and other people that seek to betray Johnny, we have Shinji (Dennis Akiyama), a Chinese mercenary hired by Pharmakom.  There is Takahashi (Takeshi Kitano), the head of Pharmakom itself.  Also there is a heavily augmented street preacher (Dolph Lundgren) who takes his job of saving souls to serious lengths, preferring to send them to heaven or hell himself.  This results in a situation that has become familiar, especially with movies like Spiderman 3, where it just gets to the point where there is not much for any of the various villains to do except grimace and act evil before ultimately meeting whatever fate is in store.
Johnny Mnemonic at its heart is a long chase film, and cramming it that full with bad guys is almost as bad as the fact that it is also jammed with too many good guys.  There is a doctor named Spider (Henry Rollins) who is helping to find a cure for a technology-spawned disease called Nerve Attenuation Syndrome, as well as J-Bone (Ice-T), the leader of a revolutionary group called the LoTeks.  It would be nice if all of them broadened Johnny's world, but they are mere levels to get through so Johnny can reach the final goal - which is amazingly ridiculous in itself.
As can be expected Johnny Mnemonic was the victim of studio interference.  Three different soundtracks were made - the first one was rejected, Japan got the second (and a completely different edit of the film - one that Robert Longo says was more what he wanted) and the U.S. got the third.  Gibson, though credited as sole screenwriter, has stated that the original script was altered significantly by other individuals before going into production.  The whole thing was a mess, Keanu Reeves does some of his worst line readings ("I want room service!" had me almost rolling on the floor), Dina Meyer is given next to nothing to do and it seems like musicians were added here and there to up the "punk" idea.  I saw it in the theater when it came out and I realized on the second time through that I remembered nothing about it, other than being angry that my money was not well spent.  My attitude, seeing it now, has altered a bit.
As much of a mess as it is the movie is enjoyable to watch, and to laugh at.  This obsession the '90s had with the internet being some sort of magical domain leads to some wacky computer-generated hijinks that look like the guys from Dire Straits's "Money for Nothing" video solving jumping puzzles.  Everything about it is now anachronistic and amazingly silly.  Reeves's performance is just the cherry on top of the cheese sundae.  Robert Longo never directed another movie, and William Gibson hates it, but there are worse films from the '90s dealing with computers (Hackers comes to mind) that are not nearly as fun to watch and laugh at.
Johnny Mnemonic (1995)
Time: 96 minutes
Starring: Keanu Reeves, Dina Meyers, Ice-T, Henry Rollins, Takeshi Kitano, Dennis Akiyama, Dolph Lundgren
Director: Robert Longo