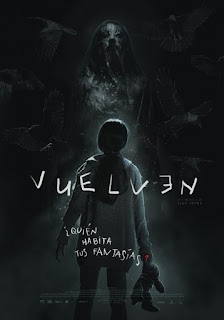 For all the problems the United States has - and that both the left and the right in this nation try to convince people it has, whether they truly exist or not - we should count ourselves lucky in a number of ways.  One is that other country's problems do not often become our problems.  Yes, there are economic impacts that can be felt if countries we are tied to suddenly start to falter, but one thing that is true is that what the United States and a number of other western countries do can affect parts of the world in unintended ways.
Parts of Mexico, for example, have been ravaged by the conflicts between different organized crime outfits, both because of high dependence on drugs and governments not willing to pass sensible drug laws that would undercut the illegal trade and favor treatment over incarceration.  Things are changing, but at a glacial pace that has done nothing for those directly affected by the resulting violence.  Except for the times when this situation washes back over to our side of the border we really never get a sense of what is happening.  If it is talked about at all it is used in the service of political campaigns or stylized on television shows to make those involved look like antiheroes.
Director Issa López attempts to show the world the results of this situation in Tigers Are Not Afraid.  Her third feature film, and her first foray into the horror genre, she cast a number of unknown child actors so that audiences could see the pain and devastation through their eyes.  She also does her best to honestly show the bosses and their street gangs in a way which does not glamorize them.
Estrella (Paola Lara) lives in an unnamed city in Mexico with her mother.  After her school is shut down due to the escalating violence she returns home to find her mother missing.  While out searching for her she encounters a boy named Shine (Juan Ramón López) who has been looting the increasing number of empty houses in the area.  Shine is the leader of a small gang of orphaned boys that includes Morro (Nery Arredondo), Pop (Rodrigo Cortes) and Tucsi (Hanssel Casillas).  Estrella was given three pieces of chalk by a classmate and told they represent three wishes and, on a whim, wishes that her mother would return.
She does, but as a ghost.  No longer wanting to be alone in her home she joins Shine and his gang, although they at first don't want her around.  Shine himself has stolen a phone and a gun from the gang leader Caco (Ianis Guerrero), and both he and his boss El Chino (Tenoch Huerta) want it back.  When a number of circumstances lead to Caco's death and Estrella taking credit for his death she and the rest of the kids become targets for El Chino.  However, her mother's ghost sees this as an opportunity for her, and the other victims of El Chino, to get their revenge.
This can be a difficult movie to watch since it doesn't shy away from the realistic situation the children live in.  There is no code of honor to the Huascas, the local gang, as they are willing to murder anyone, including kids, that get in their way.  In fact, when it comes to the children, they see see an opportunity to pick them off the streets to sell into brothels or other slave trades.  It may seem incongruous with the fantasy elements, but they blend well, as often Estrella is used by various spirits as a way to get revenge.
The child actors, particularly Lara, López and Arredondo, are great.  They were hired after a national search and, except for a few classes prior to making the movie, did not have acting experience.  Shine's struggles with taking his own revenge on Caco but not wanting to take the step that may lead him to being like the people he hates is often heartbreaking.  Tigers Are Not Afraid is often compared to Guillermo del Torro's early work, and there is definitely a parallel in how both he and Issa López present childhood fantasies, but the difference is that this movie is pretty straightforward that what is happening to Estrella in regards to seeing ghosts is just as real as everything else happening, even though some of it may be enhanced by her imagination.
It is an emotional movie, and may be tough to watch, but it is definitely worth it.  The runtime keeps things sharp, without a lot of time spent making speeches or going the "very special episode" route to drive things home.  López trusts here audience to get what she is trying to say and also doesn't intrude on the proceedings.  It is fresh in a time when too many directors feel that the need to insert themselves into every aspect, often compromising narrative.  The movie is emotionally wrenching, brilliantly acted and well-told.
Tigers Are Not Afraid (2017)
Time: 83 minutes
Starring: Paola Lara, Juan Ramón López, Nery Arredondo, Rodrigo Cortes, hanssel Casillas, Tenoch Huerta
Director: Issa López