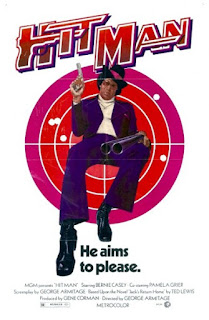 The Blaxploitation genre these days often gets a bit more credit than it deserves, largely due to directors like Quentin Tarantino and Robert Rodriguez pushing the movies as an influence.  Truth is, there are a number of hidden gems that were made by this time, by both white and African-American directors, and it was a bit of a shame that the backlash against the worst aspects of these movies (mainly by white critics) led to the premature demise of this type of film making and, as a result, the careers of many involved.

The reason I think it gets too much credit for influencing big budget retro-exploitation is because, like most things removed from its proper time and place, only the best examples are remembered.  Classical music is a great example.  We are a century or more removed from the most influential composers.  On the other hand, we are also a century or more removed from thousands of mediocre composers whose material was played for light entertainment at dinner tables throughout Europe, and subsequently forgotten as the years pass.

Truth is, Shaft, Superfly and a handful of others that get brought up as fine examples of a genre unjustly vilified in its time are the ones that still stand the test of time.  They were great then, they are great now.  Unfortunately, their success made a bandwagon that was easy for others to jump on, and producer Gene Corman (son of Roger Corman) managed to leap onto it with Hit Man.

Tyrone Tackett (Bernie Casey) is a lawyer living in Oakland who comes back to Los Angeles to attend the funeral of his brother Cornell.  Everyone believes that Cornell committed suicide by driving his car off a bridge, but Tyrone has his suspicions, which are only riled up more when Baby Huey (Roger E. Mosley) and his colleagues make it quite clear that it would be a good idea of Tyrone left town quietly and quickly.

Not one to be pushed around, he books himself into a motel and, along with his brother's old employer Sherwood Epps (Sam Laws) begins to investigate what Cornell might have been up to.  The investigation leads to a mobster named Nano Zito (Don Diamond) who has his hand in producing pornographic films.  Zito is also behind Huey, and the pressure on Tyrone increases when Zito's thugs attack Epps.  As things escalate between Tyrone and Huey, Tackett becomes acquainted with a porno theater owner named Theatis Oliver, who wants Zito out of the picture and claims that it was the mobster that was directly responsible for Cornell's death.

Not satisfied with the answer, and suspicious that Oliver might be trying to manipulate him, Tyrone decides to look further.  However, a chance encounter with an actress named Gozelda (Pam Grier), who was one of the stars of a movie called Youngblood, results in him seeing the film - and recognizing a rather unwilling participant as his niece Rochelle (Candy All).  Enraged, and finally understanding the circumstances that led to Cornell's death, Tyrone begins to take down everyone involved in destroying his family.

This was George Armitage's second movie and, if that name sounds familiar, it's because he directed one of the best movies of the 1990s: Grosse Pointe Blank.  He had originally been a screenwriter working with Roger Corman, and began making a number of b-movies and exploitation films in the 1970s.  He ended up directing after Bernie Casey, the start of the film, decided he would rather just act in it.  It was Armitage's decision that a good part of the dialogue be improvised, which really doesn't change much.  The plot is rather straight forward - in fact, it's basically a remake of Get Carter, based on the same novel by Ted Lewis, and simply changing a few things as well as moving the action to the streets of Los Angeles rather than the English underworld.  Armitage, happily, is quite a good director, and there are a number of great shots in here - Tyrone confronting Oliver after he finds out Rochelle was lured into making a porno is among them.

Casey is a striking figure as the avenging brother, but this does have a number of other performances in it as well.  While Don Diamond may make for a weak and stereotypical white gangster, Roger E. Mosley is the best villain of the bunch, and has one of the best lines in the film after Tyrone takes a shot at him while driving down the road.  He may come across like a fool, but it comes quite clear that he is truly dangerous - especially since when it comes time to shoot he doesn't make any big speeches.  The other standout is Bernie Laws, especially in the scene where Sherwood is making a commercial for his used car lot.

In the end, I know many will want to catch this because it has Pam Grier.  While, as usual, it does have almost all of Pam Grier in it, it really doesn't have in it much.  She mainly appears near the end, and largely to provide the final turning point that leads to the violent finale.

Now, to get to the reason I said at the beginning that not all of these movies should be viewed as essential.  This is largely a decent action film once you get past the beginning, which involves Casey and Laws embarrassingly exchanging slurred dialogue, followed by a trip to a dog fighting ring - in which, it appears, we get to see a real dog fight, including one getting killed and its final death throes.  This movie, I take it, is not famous enough to have sparked real outrage about that scene - or, maybe (hopefully) it was not real.  Very few times am I sickened by violence in movies, since I know it is pretend.  Even real animal killings, like in The Man from Deep River or Cannibal Holocaust don't bother me too much when there's no actual torture involved and something is done afterward other than leave a carcass lying around.

Whatever fun may be had watching a bunch of red paint splash around the screen later on is almost completely ruined by that one scene.  This is a shame because, without it, I would be praising this movie up and down as one of those forgotten films that needs to be reconsidered, despite it obviously being a two-fer attempt to profit off of the popularity of Blaxploitation at the time and the success of Get Carter.  Every other problem with this movie is directly a result of being a low budget film made in the 1970s, and thus easily excusable.