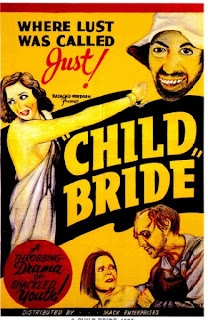 Attempts at censoring art, ultimately, result in failure.  Take the Hays Code.  It may surprise you when you dig into silent films, and even the sound films of the early 1930s, the adult content many had, including violence and nudity.  Nothing like today, because they did have to deal with regional censors literally taking scissors to films; also, it is hard to make some things look realistic on screen today, much less nearly a century ago.

In response to this supposed threat to American morals Hollywood agreed to the Hays Code, which limited the amount of violence that could be seen on screen, made nudity and sex strictly taboo as well as some other stranger elements (no blasphemy, bad guys always lose at the end, etc.).  Many mainstream films managed to slip things by the censors, but the code was largely hard and fast.

That is, unless you were making an educational film.  If you are talking about a moral threat, what use is warning your audience unless you can show that threat in as much detail as possible?  Educational films were, by definition, not meant for mainstream release.  Produced cheaply and, generally, with unknown actors, we ended up with movies such as Reefer Madness and Child Bride, which by any stretch of the imagination were more exploitation than education.

12-year-old Jennie (Shirley Mills) lives in an isolated mountain community with her mother (Dorothy Carroll) and her father Ira (George Humphreys).  She has grown up all this time with her friend Freddie (Bob Bollinger), with whom she attends the communities one-room schoolhouse, taught by Miss Carol (Diana Durrell).  Miss Carol came from the community, went out in the world and came back to educate the children and also wipe out an abominable tradition she grew up with - child marriage.  As usual, that means young girls being married off to old men.

There is trouble brewing in the community, largely between Ira and his partner Jake Bolby (Warner Richmond).  Together, along with the dwarf Angelo (Angelo Rossitto) and the feeble Happy (Al Bannon), the two run the local moonshine still.  A dispute over money turns violent, with Ira getting the upper hand.

Ira isn't the only one on Jake's hit list.  He's not too happy about Miss Carol's crusade, and gathers a mob to tar and feather her.  The kids find out and inform Ira, who rescues Miss Carol and once again puts Jake in his place.  Not one to remain there, after watching Jennie go skinny dipping, he sets his sights on marrying her, even as Miss Carol's fiancee works to get the law passed to ban the practice.

Knowing that Ira will never consent, Jake hatches a plan.  While drunk, Ira overhears locals talking about how Jake has been having an affair with Ira's wife, which throws him into a rage.  He beats Jennie's mother unconscious and then passes out himself.  Jake then stabs Ira and convinces Ma Colton that she killed him and that he saw the whole thing, but promises to keep quiet if she consents to the marriage.

Jake tells Freddie to to stay away from Jennie, and the wedding goes as planned.  However, it appears that Miss Carol was successful, and the new law was passed before the marriage happened, making it illegal.  Still, there are those of Ira's friends who are suspicious of his death, and that may spell Jake's doom faster than the law.

So, where is the educational part?  Truly non-existent, in this case.  Director Harry Revier, who also wrote the screenplay, doesn't even bother with the usual trappings of a judge or some other authority figure explaining why something is wrong and a call to arms to make changes.  Child Bride really only ended up on the education circuit because the Hays Code, in one of those stopped-clock type of cases, was right.  The film was disturbing and morally bankrupt.

Not that I would usually care.  In fact, most of the movie is entertaining hicksploitation, including about every bad hillbilly stereotype Revier could throw in.  The central plot is a potboiler, there are scenes where both Diana Durrell and Dorothy Carroll are almost exposed, and one of the biggest heroes is Angelo Rossitti's dwarf character.  It has everything needed for a silly, violent, guilty pleasure.

Except the actual nudity involves Shirley Mills, who was truly 12 at the time.  That was one of the major problems I had with a movie that is actually highly regarded, Louis Malle's Black Moon, and Cathryn Harrison was 16 when she made that movie.  I don't think it is prudish to actually not be entertained by seeing children naked, and can even think of situations where a movie might call for it. In Child Bride's case Harry Revier makes sure the camera lingers on Mills (and the stand-in, whose age I don't know, for some of the swimming, as Mills couldn't swim) for much longer than it takes to make the point.

Truthfully, the point could have made by explaining she was going for a skinny dip, and then having Jake leering without showing a bit of underage nudity.  Jake is so creepy that he courts Jennie by buying her a doll and, again, we have a great villain performance from Warner Richmond in the part.  It's someone you just can't wait to see dead.  Any enjoyment in watching him chew the scenery is constantly negated by the fact that the director thought it was appropriate to sexualize a 12-year-old, especially after only teasing with adult actresses.

By all account Revier was an opportunistic exploitation film maker throughout his career, and it is more than likely that the scene was meant to annoy censors rather than make any pedophilic statement.  Still, despite the rest of the film around it being an enjoyable piece of of bad cinema, this is best left alone.