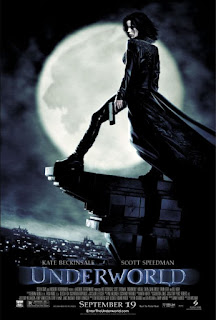 Recently I have been binge watching shows I missed when they first came out.  The first was Supernatural, where I went through the first 13 seasons (14 hadn't come out yet at that point).  Recently, it's been Fringe.  Both of those shows came out not too far apart form each other: Supernatural in 2005, Fringe in 2007.  Both extended into the decade we just left behind.

One thing that is interesting in watching a show that straddled a number of years is how things change.  Both shows have their share of product placement (Nissan was really trying to push their cars in Fringe) and, as a result, show off much of what was cutting edge technology at the time.  You get to see both what was largely accessible to those with a ton of money and, for most of our protagonists, the normal consumer electronics targeted at the public.

When I watch an older film, even up into the first half of the '90s, there is such an abyss between what we have now and what we used then that I rarely notice.  Sure, I'll have to remind myself when watching a thriller made before about 1999 that, no, they just can't hop on their cell phone and call 911.  In fact, when I was going on long drives in the jalopies I drove back then to do my photography, that was always something in the back of my mind: how far away am I from a phone, and do I even have change for it?  Especially when I hadn't seen another vehicle in an hour because I was on an unpaved back road.   I remember those times, and it doesn't shock me when I'm reminded of them.

In the last 20 or so years technology, at least typical consumer technology, has raced amazingly ahead.  AT&T (for whom I worked in the mid to late '90s) sat on video phones and other technology, stubbornly refusing to work with other companies or even the local carriers that used to be part of their monopoly for decades.  It is hard to believe that just two decades ago most people, even if they had a mobile phone, still had a landline.  Now even many senior citizens have only their smart phone.

Underworld came out slightly before the two series I mentioned.  Written by direct Len Wiseman as well as Kevin Grevioux (who also has a small role in the film) and Danny McBride, the movie meshed together elements from Blade, a role-playing game (and later failed video game) called Vampire: The Masquerade and numerous references to previous vampire films with a heavy early '90s goth influence.  It was filmed in the Hungarian capital of Budapest, but also triedto make it seem like all the vampires and werewolves were in a vaguely American / Western European setting.  In many ways it harkens back to Full Moon Video films like Subspecies or Dark Angel: The Ascent which tended to do much the same with their Romanian locations.

Strangely, the whole thing works, even well enough to get them sued by the makers of Vampire: The Masquerade for being way too similar.  In the end, when that game came out (severely broken and largely unplayable) in its video game form, it looked like there was more than one cue taken from Underworld, especially in their dark version of Los Angeles.  Underworld itself has managed to survive as a movie series, with the most recent installment in 2016.  But, looking back, what was meant to look at the time like an ultra-modern take on the old vampire versus werewolf story now appears to be something existing in the far past itself.

Selene (Kate Beckinsale) is a Deathdealer - a particular type of vampire trained to track and eliminate werewolves (referred to as Lycans throughout) wherever their packs may appear.  She is worried that they have almost wiped all of them out, which would result in her stuck sitting around one of the coven houses looking pretty and bowing and scraping to the person in charge - in this case Kraven (Shane Brolly), who earned his place a few hundred years before by killing the Lycan leader Lucian (Michael Sheen).

Things suddenly change when a werewolf pack suddenly appears and attempts to abduct a human named Michael Corvin (Scott Speedman) for unknown reasons.  The resulting battle, and attempts to track down the pack (despite Kraven's orders to stand down) lead Selene to the discovery that Lucian is in fact still alive.  Not knowing why they want Michael, she decides to protect him, a problem complicated by the fact that he is turning into a Lycan due to a bite from Lucian.

Concerned that Kraven may not have the coven's best interest at heart (especially since they are on the eve of awakening Marcus, one of the vampire elders, for his term reigning over the world's bloodsuckers) leads Selene to take the step of awaken Viktor (Bill Nighy) out of turn to deal with the situation.  Unfortunately, the answers she gets may have dire consequences for both vampires and Lycans, and her past may not be what she thinks it is.

The obvious influence of Guillermo del Toro's Blade II aside, Underworld was made not only to combine a bunch of vampire lore (which never goes out of style, even if someone has the dumb idea of making them sparkle) but also to cash in on The Matrix.  Though filmed on a much lower budget (which, unfortunately, the CGI scenes of werewolves crawling up the walls has a habit of revealing) than The Matrix, the style is still there, with Kate Beckinsale in catsuit that is not too different than the one worn by Carrie Anne Moss, not to mention the gunplay.  This is the one that famously has Selene use two submachine guns to shoot out the floor beneath her to make an escape.

I must say the choice of weapons are one of the more original parts.  The guns the Lycans use to kill vampires are tracer rounds that set off a high amount of ultraviolet radiation, while the vampire's weaponsmith Kahn (Robbie Gee) manages to come up with bullets that contain silver nitrate, as a problem with regular silver bullets is that they can be pulled out (or pushed out) before they are completely effective.  Another change is that we are never shown vampires at their most vulnerable; daylight never comes.  If there is any point where it is the day time, then we are either in the house or underground.  All shots of the unnamed city in which they dwell are at night, and it seems to have the same constant rain problem as Los Angeles in Blade Runner.

It is tempting to immediately fault Underworld for being more style than substance.  That is a legitimate argument, as some of the sequels fall off of the line this walks, as do many movies that could be considered imitators of this film (the recent I, Frankenstein and many of the Resident Evil films).  This, however, would be unfair to Beckinsale, Bill Nighy and Michael Sheen, all who turn in great performances throughout.  Even Shane Brolly turns out to be a decent, unlikable villain, but is given enough screen time to make him worth hating.  Scott Speedman, however, is the weak point.  As Beckinsale's co-star, and as the man on whom the fate of everyone hangs, he does little more than look unkempt in that indescribable sexy Hollywood sense that, in reality, people like me just look like they are desperately fleeing something.  He stares off into space a lot, really doesn't say or do anything too memorable.  The fight between Michael and Viktor toward the end is well-done, but that has nothing to do at all with Speedman.

In the end the movie is a piece of its time.  One of things about watching technology creep forward, especially during your lifetime, is remembering when you had certain things and when you yourself took ribbing for not moving forward.  Underworld could not be mistaken as a current film, because its aesthetic and its insistence on showing vampires and werewolves living in a modern, technical civilization means that we have left it far behind.  Still, for better or worse, many of the movies that come out today (especially of the variety combining horror and action) still try to imitate it to this day, just with a lot less success - and that includes some of Underworld's sequels as well.  Despite all this it is still a fun movie to return to every now and then.